In Progress was selected from an open call competition for inclusion in Dublin Contemptibles 2: Gentrify This!, September 2012. The site-specific video projection was located at Dublin City Council's Market building. Using a projected animation we transformed the front facade as a surface to recall the original construction of the building. Wooden pallets were repurposed into benches creating a street-side cinema.


The beautiful Dublin Fruit Market is an example of Victorian gentrification of the area. Originally there had been a market in the same location but it was dirty and unsanitary. The construction of the current Market greatly improved the appearance and function of the area. Dublin city has had many layers of development with each generation wishing to put its own stamp on the city. The great success of the Fruit Market is that it is still be used for its original purpose and still is a very beautiful building. We want to show how the construction of a functional building that fills a need in the area can be a positive form of gentrification as opposed to the often seen creation of large unnecessary apartment and office blocks.
The facade of the building has arches and ornate stonework that the projection will respond to and interact with, drawing attention to both the markets function and origin. The animation uses figures based on original photographs of work men constructing the Market.


Please click on an image to start a slideshow 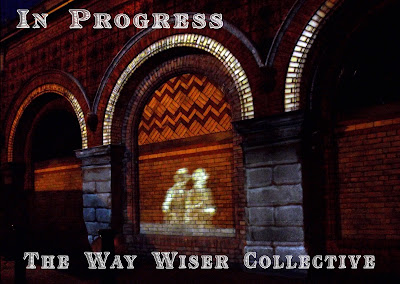 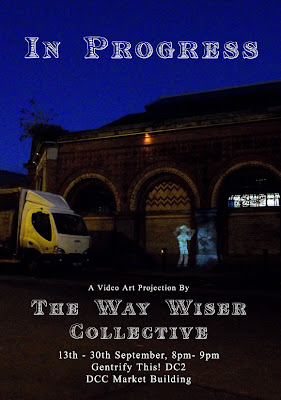